Lin Li completed his Bachelor’s degree (2011) in Metallurgy Engineering from the Taiyuan University of Technology and  Master’s degree (2014) in Hydrometallurgy from Central South University in China. In 2015, he joined the Hydrometallurgy & Environment Group at Queen’s University and earned his Ph.D. supervised by Dr. Ahmad Ghahreman in November 2018. Now he works as a Postdoctoral fellow at the same group since January 2019. Lin has accumulated a wealth of experience in electrochemistry and hydrometallurgy from previous research projects. His current research focuses on pyrrhotite and sulfide minerals oxidation as well as the electrochemical studies of sulfide minerals dissolution. 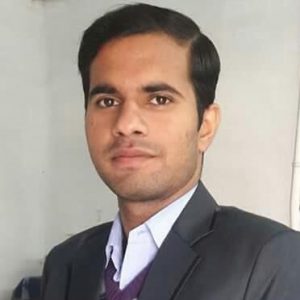 Dr. Harshit Mahandra graduated from the Mahatma Jyotiba Phule Rohilkhand University, India, in 2009, and obtained his Master of Chemistry from the Gurukula Kangri Vishwavidyalaya, India, in 2011. He got the first position in the University in his Master’s program. He qualified the National Eligibility Test conducted by the Council of Scientific & Industrial Research, India in 2012. He was awarded his Ph. D. under the supervision of Prof. Bina Gupta by the Indian Institute of Technology Roorkee, India, in 2018. He was awarded the Young Scientist Award by Uttarakhand State Council for Science & Technology, India for his research. After working at the Teerthanker Mahaveer University, India, in May 2019, he joined the Hydrometallurgy & Environment Group as a Postdoctoral Fellow at Queen’s University. His main research interest is in the separation, purification, and recovery of metals such as nickel, cobalt, zinc, cadmium, manganese, lithium, molybdenum, and vanadium by solvent extraction. His research will mainly focus on the separation of metals from sulfate solutions and gold ore bio-oxidation.

Farzaneh obtained her BSc and MSc degrees from the Sharif University of Technology and the University of Tehran, in the field of Materials Science and Engineering, Extractive Metallurgy. In September 2015, she joined the Hydrometallurgy & Environment Group in the Robert M. Buchan Department of Mining at Queen’s University, working on the impurity removal stage of hydrometallurgical treatment of REE. She earned her Ph.D. in August 2020 and immediately started working as a Postdoctoral Fellow in the same group. Her research focuses on the gold thiosulfate leaching process. Her main area of interest is hydrometallurgical processing of materials, with knowledge in pyrometallurgy, chemistry, extractive metallurgy, mineral processing and environment. 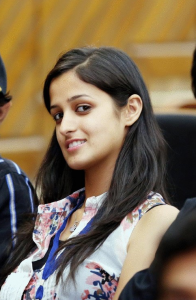 Uchitta joined the Hydrometallurgy and Environment Group in May 2018 as a Master’s of Applied Sciences candidate. Uchitta is graduated in September 2020. She is currently working on the Study of the Gold-Thiosulphate leaching process. She’s received her Bachelor’s in Engineering in Chemical Engineering degree from Thapar University in India and a Master’s of Engineering in Chemical Engineering from Queen’s University. Before coming to Queen’s in Sept 2017 for her M.Eng, Uchitta served India’s largest Petrochemical and Refining company, Reliance Corporation Ltd. for a year as a Graduate Engineer Trainee in the commissioning of Refinery off-gas cracker plant (ROGC).
During her time as a Bachelor’s as well as a Master’s student, Uchitta kept herself consistently involved in student societies and clubs. Presently, Uchitta serves as the Social Media and Marketing Manager of Science to Business Network (S2BN), Kingston Chapter. Also, she enjoys dancing and has been a Choreographer in the Queen’s Indian Student Association (QISA). 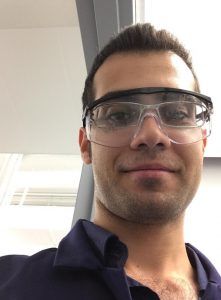 Fariborz got his Bachelor’s degree in materials science and engineering (extractive metallurgy) from Iran University of Science and Technology (IUST) and got his Master’s degree in the same major from the University of Tehran. He ranked first during both his M.Sc. and B.Sc. and won a thesis support award from Iran Elite National Foundation for his M.Sc. Fariborz is experienced in many fields of extractive metallurgy including bioleaching, organic acid leaching, solvent extraction, kinetics, and thermodynamics, and has also served as a research assistant in the Extraction, Synthesis, and Recycling (ExSyR) laboratory at the University of Tehran. He is interested in hydrometallurgical approaches of metals recovery and recycling from both primary and secondary resources and has done so many projects in this field. The outcome of all these activities is his publications and presentations in peer-reviewed journals and conferences. 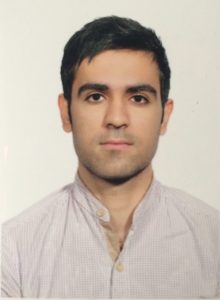 Masih was admitted as a B.Sc. student in the Materials Science and Engineering department at the Sharif University of Technology in 2010 and after working on some projects including Ag-Pd coating by electrodeposition and corrosion inhibitors, he graduated in 2014. Being one of the top students in the bachelor’s program of Materials Science and Engineering, Masih was awarded admission to the M.Sc. program of Corrosion and Protection of Materials in 2014, where he worked on the synthesis of the biocompatible composite coating as his M.Sc. thesis. Masih graduated with his MSc in 2017, and then joined the Hydrometallurgy and Environment Group at Queen’s University in September 2018. His Ph.D. project is focused on the stability of non-toxic solutions for gold extraction with high efficiency.  Watching movies, hanging out with friends, biking and volleyball are Masih’s favorite activities. 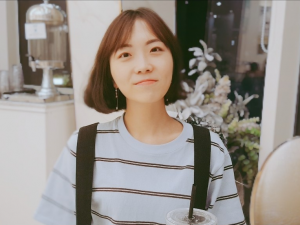 Sugyeong (Sue) received her Bachelor’s degree from the Department of Energy Resources Engineering at Seoul National University (SNU), and her Master’s degree from the Department of Energy System Engineering at the same university. Sue was in the mineral processing lab and mainly worked on the hydrometallurgical processes. During her Master’s program, she spent two months at the Hydrometallurgy and Environment Lab at Queen’s University as a visiting student, and now she is back to do her Ph.D. in the group. Her Ph.D. research will focus on extracting gold from sulfidic ores with the thiosulfate leaching process. 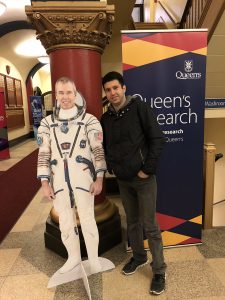 Omid obtained his BSc and MSc degrees from the Sharif University of Technology, in the field of Materials Science and Engineering, Extractive Metallurgy. He worked on the extraction of various metals as his bachelor’s and master’s projects and in Sept. 2018, joined the Hydrometallurgy & Environment Group in the Robert M. Buchan Department of Mining at Queen’s University. His research will focus on developing an economic and efficient method to recycle different resins. His main area of interest is pyrometallurgical and hydrometallurgical processing of materials, with a background in chemistry, extractive metallurgy, and mineral processing. 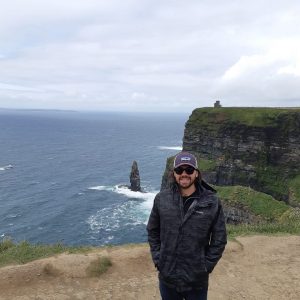 James graduated from the Robert M. Buchan Department of Mining at Queen’s University with a BASc in mining engineering and a MASc hydrometallurgy in 2016 and 2018, respectively. After his mining engineering degree, James becomes interested in metallurgical processing during his thesis on alternative sulfur sources for the SART process. His Master’s research was primarily focused on cerium oxidation and separation in rare earth element processing. James also has experience in rare earth solvent extraction, mineral economics, and is avidly interested in the sustainable development of hydrometallurgical processes with minimal environmental impact. He returned to Queen’s in 2018 to pursue a Ph.D. in Bio-hydrometallurgical leaching of refractory sulfide ores. When not in the lab or office James can likely be found on a dock at the cottage, boating, skiing, scuba diving, or working in his garage. 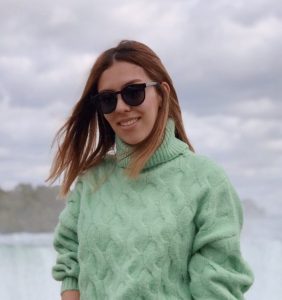 Atefeh completed her bachelor and master of Materials Engineering at The University of Tehran. Atefeh’s Master’s thesis was focused on the Selective Solvent Extraction of zinc and iron from waste liquor. From her MSc studies, Atefeh has published 4 papers and conference papers. In January 2019, Atefeh joined the Hydrometallurgy & Environment Group in the Robert M. Buchan Department of Mining at Queen’s University, working on the gold extraction via biomining processes. Atefeh’s main research interest is hydrometallurgical processing of materials, organic chemistry, and extractive metallurgy. 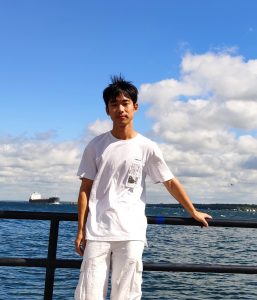 Hainan University in 2015 and 2018, respectively. His master’s research was to synthesize graphene and activated carbon from biomass carbon and apply the materials in a supercapacitor. In September 2019, Jinsong joined Hydrometallurgy & Environment Group in the Robert M. Buchan Department of Mining at Queen’s University for his Ph.D. study, his research will focus on the application of nanomaterials in hydrometallurgy. 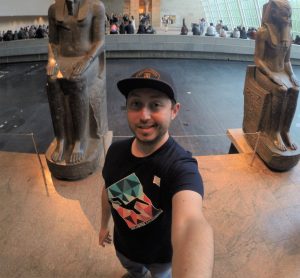 Guillermo is a Metallurgical engineer from the University of Concepcion (Chile). During his bachelor’s degree, he worked on his undergraduate thesis project in the Hydrometallurgy and Environment Group at the Robert M. Buchan Department of Mining at Queen’s University, focusing on the catalytic effect of activated carbon on copper sulfide leaching. His research interests are focused on finding a better condition for hydrometallurgical processes considering the chemistry, flowsheets design, and the economic point of view behind the processes. He joined the Hydrometallurgy & Environment group in May 2019 as an M.A.Sc Student and his research is going to be focused on sulfide oxidation at neutral pH. 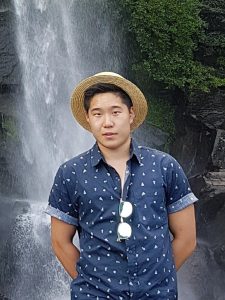 Jung joined the Hydrometallurgy group as an NSERC URSA student in the summer of 2018. He finished his undergraduate degree at Queen’s University and he started his master’s in May 2019. For his undergraduate thesis, under the supervision of Dr. Ghahreman, he started his work on lithium extraction from chloride-based natural brine and will continue this work as a graduate student. Jung’s new project is studying sulfide oxidation at alkaline pH. 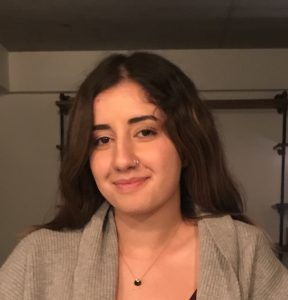 Sara is a third-year Mathematics and Business Administration Double Degree student at the University of Waterloo and Wilfrid Laurier University. She will be spending her winter co-op as an Undergraduate Research Assistant working on Mineral Economics. She will be studying the broad economic environment in which the mining industry operates, and helps provide a framework to assist in the financial evaluation and optimization of a mineral project. 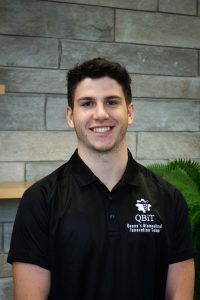 Brendan is joining the Hydrometallurgy group after completing his third year as a biochemical engineering student attending Queen’s University. He is the recipient of the NSERC USRA award and will be joining the team to spend the summer working with the bio-team. Brendan grew up in Ottawa where he would spend most of his free time in the summers at his cottage wakeboarding or on the ski hills snowboarding in the winter. He is the team captain of the Queen’s Biomedical Innovation Team (QBiT) where he manages and leads an interdisciplinary undergraduate team comprised of 70 students in the design of innovative biomedical devices to improve the lives of others. 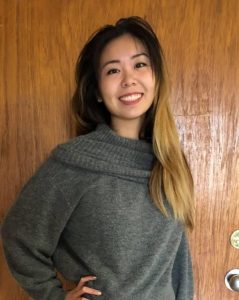 electrochemistry and gold leaching with the Hydrometallurgy group. Susanna’s work experience in pyrometallurgical operations in Australia inspired her to pursue a path in metallurgy and sustainability.

Presently, Susanna is the founding president of Queen’s University Metallurgical and Materials Student Society (QU-MetSoc) which comprises 23 undergraduates and graduates from different engineering programs to advocate for this industry. Dr. Ghahreman is one of the main faculty advisors for this initiative.